Kwon Lab at the Head of the Charles

Lab Fun at the Holiday Party

We seek to develop better ways to prevent and treat HIV infection by studying HIV in mucosal tissues.

Do you have excellent organizational and communication skills? Looking to join a dynamic team of researchers? The Kwon Lab has an opening for a staff assistant, and we’d love to hear from you! kwonlab.org/career-opportunities/ #mgh #ragoninstitute

First Vaginal Bacteria Transplants In The US To Begin At Mass. General Hospital
Researchers in Boston are looking for a better treatment for Bacterial Vaginosis, a condition affecting one-third of women in the country.
wgbh.org
15    View on Facebook

Honored to share the stage with a wonderful group of experts to discuss the importance of the #vaginalmicrobiome in #womenshealth. Come join us online on December 3rd! See a preview: https://bit.ly/2Jk8VtA @ragoninstitute

Thanks to the staff at the FRESH clinic in #umlazi #southafrica for another wonderful and productive visit by members of the #kwonlab! #durban #endhiv @ Umlazi, Kwazulu-Natal, South Africa

After a summer full of #earlymorning #running 🏃🏻🏃🏽‍♀️, congrats to Nomfu and Jo on burning up the Race4Research 5k today! #kwolab #runners @ Cambridge, Massachusetts

Kwon Lab Retreat 2019 is in the books! We had a weekend full of sunshine, team building, and science in the woods of Maine. Feeling lucky to be surrounded by such an amazing scientific family ☀️🤸🏽‍♂️🏄🏾‍♀️⛰🧬🦠#kwonlabretreat #scienceinthesun @ Maine

It has been a wonderful privilege to be a part of the Ragon Institute since its inception 10 years ago and I look forward to contributing to this new phase, which has been enabled by the incredible generosity of Terry and Susan Ragon. I am...

Ragon Institute: Harnessing the Power of Human Immunity
A transformative gift from Phillip T. and Susan M. Ragon adds fresh momentum to the Ragon Institute's fight against HIV/AIDS and other infectious diseases.
giving.massgeneral.org
8    View on Facebook

Congrats to @liraphila for defending her doctoral #dissertation in the #kwonlab! #phd 👩🏻‍🎓🍾🎖

What a special night celebrating the @ragoninstitute 10th anniversary with the #kwonlab and #sting! And finally, a photo of me with my two lifelong scientific #mentors, Bruce Walker and Dan Littman! Also, I...

Happy 25th birthday @ImmunityCP! We're honored to be able to share our views on all the wonderful things to come in the next quarter century of immunology!
#cellpress #Kwonlab #futurelook

The Next Quarter Century
Immunity celebrates its 25th anniversary at an exciting time in immunology, marked by the advent of new, door-opening approaches and a deeper understanding of the centrality of the immune system to both health and disease. We asked 25 investigators to look forward and share a...
cell.com
9    View on Facebook

Congratulations on completing your thesis @allsyan!! We can’t wait to see the wonderful things you’ll do! With love, from the #kwonlab 🏆🥇

Studying HIV, the microbiome and immunology on International Day of Women in Science in the #kwonlab. #womeninscience @womenscienceday @unwomen #womeninstem #harvardmed #massgeneral

Congrats to Bjoern Corleis for his paper on lung T cells, HIV and TB!

HIV-1 and SIV Infection Are Associated with Early Loss of Lung Interstitial CD4+ T Cells and Dissemination of Pulmonary Tuberculosis
Corleis et al. show that lung parenchymal CD4+ T cells are permissive to HIV-1-dependent cell death. CD4+ T cell loss is highly significant in the interstitium but not the alveolar space, and loss of interstitial CD4+ T cells is associated with extrapulmonary dissemination of M. tuberculosis.
cell.com
26 1    View on Facebook

Congrats to our sister biotech spin out, Day Zero Diagnostics, on closing out their Series A fundraise!

Day Zero Diagnostics Closes $8.6M Series A to Rapidly Diagnose Infectious Diseases
CDC defined antibiotic resistance as "one of the biggest public health challenges of our time." Each year in the U.S., at least 2 million people get an antibiotic-resistant infection, and at least 23,000 people die.
americaninno.com
17 1    View on Facebook

Workshop on Microbiome and Transcriptome Analysis in Durban, South Africa
Workshop on the analysis of biological data for studies on the microbiome and host-gene expression. Film by Kira Dane and Katelyn Rebelo Sponsored by: Harvard…
vimeo.com
16    View on Facebook

When in #durban, #bunnychow is a must! #hivresearch #southafrica #kwonlab

Great meeting with folks from the lab in #capetown at the Keystone meeting on the vaginal #microbiome! @ Cape Town, Western Cape

Today marks the 30th Worlds AIDS Day. Today especially it’s important to take a moment to reflect on the scale of this epidemic- the 70 million people who have been infected...

Seth giving a talk and presenting his poster at the HIV R4P Meeting in beautiful #madrid! #hivprevention #sti #kwonlab

A team visit to the FRESH clinic in #durban #southafrica! So much #gratitude to the wonderful staff and participants! #endaids #hivprevention #kwonlab

Join a chat with me, Krista Dong, Thumbi Ndung’u and Bruce Walker to discuss our study on HIV in young women in sub-Saharan Africa.

Science Immunology
In countries like South Africa, HIV risk for women is inseparable from poverty and female disempowerment. How can HIV vaccination studies go beyond sample collection and other research methodologies, to also give back to the communities afflicted by the disease?

Join our chat with Bruce Walker, Krista Dong, Douglas Kwon, and Thumbi Ndung’u, scientists behind the FRESH (Females Rising Through Education, Support, and Health) program in KwaZulu-Natal, South Africa, where the HIV incidence rate is approaching 10% per year. Unlike other HIV research projects, the Gates Foundation-funded FRESH offers educational opportunities – including academic training and interactive sessions on self-esteem, relationship, and gender-based violence – that's provided at no cost to all study participants.

Watch the great Bjorn swoop in with only moments to spare to blow out his #birthday #candles! #happybirthday @candaceautumn @ahamiltonlinder @bjorncorleis! 🎂#outofnowhere

Had an opportunity to speak to folks at ID Consultant about our work. Not sure I have a future in radio with my high pitched voice!

HIV Transmission and the Vaginal Microbiome | Infectious Diseases
Dr Doug Kwon from Harvard Medical School discusses his research on how the vaginal microbiome affects HIV transmission in women around the world.
consultant360.com
5    View on Facebook

The Kwon Lab updated their status.Saturday, June 2nd, 2018 at 5:17pm
View on Facebook

So so genuinely proud and happy to be able to share this special day with our @primavaramara. Another #kwonlab #wedding! #Congratulations!

Looking to further your experience in translational research? Just starting out? We have openings in our lab and want to hear from you! Link in bio. #immunology #mgh #harvardmed

Congratulations on finishing your thesis @munoz.alexander!!! Hope your future is as sweet as your face on a sheet cake! #harvard #mgh #boyzIImen @ Ragon Institute

Special thanks to @frerikka for the #animated #birthday message! #oldman #kwonlab

A special day at #fenway for #openingday, but just another day at the #kwonlab... except for our chance encounter with @davidortiz!!! #bigpapi #harvardmed #mgh

Day Zero Diagnostics is a Boston-based team of clinical experts seeking to revolutionize the diagnosis and treatment of infectious diseases with genome sequencing and machine learning.

Read our recent review on the #vaginal #microbiome in @cellhostmicrobe
https://twitter.com/cellhostmicrobe/status/963860676111405056

Congrats to Crystal for getting the #greenlight to move forward with her #dissertation! #ABD #writerslife #kwonlab

Another wonderful meeting with the clinic staff at our FRESH study site in #durban #southafrica. What wonderful #singing! #endaids #kwonlab

#happybirthday, Zoe! And thanks for being the #kwonlab #motherhen. 🎂

Congrats to our DZD team for winning the MedTech Innovator Competition! #kwonlab #bigcheck

Our lab spinoff, Day Zero Diagnostics, gets a nice shout-out in Forbes! 🙂

The New World Order Of Artificial Intelligence
Despite the online public debate between Zuckerberg and Musk regarding the impact of AI on humanity, the AI market continues to grow with support from venture capital investment and incubators for AI and machine learning startups.
forbes.com
12    View on Facebook

A sad farewell to Angela. How lucky we are to have found someone that makes saying #goodbye so hard. #westcoastfamily #oneofakind #kwonlab

Congrats to Day Zero for being accepted into the MassChallenge International Finalist group! http://hubs.ly/H07zTxk0

MedTech Innovator on Twitter
“We saw so many great companies today, but could only choose 1 winner: Day Zero Diagnostics! See you at @MedTechCon Sept. 25-27!”
twitter.com
9    View on Facebook

We have openings for postodoctoral fellows and technicians. Come join our team!
http://kwonlab.mgh.harvard.edu/career-opportunities/

Join Our Team | The Kwon Lab
) at the Ragon Institute of MGH, MIT and Harvard at the Massachusetts General Hospital in Boston has an opening for a highly motivated postdoctoral fellow to study alterations in the microbiome that occur with HIV infection, following up on recent studies published by our...
kwonlab.mgh.harvard.edu
3    View on Facebook

CAMBRIDGE, Mass. – A team of researchers from the Massachusetts General Hospital (MGH) and the Ragon Institute of MGH, MIT and Harvard has found that the most common bacterial community in the genital tract of healthy South African women is associated with a more than...

Bacterial communities of female genital tract impact HIV infection risk « Ragon Institute of MGH, MIT and Harvard
CAMBRIDGE, Mass. – A team of researchers from the Massachusetts General Hospital (MGH) and the Ragon Institute of MGH, MIT and Harvard has found that the most common bacterial community in the genital tract of healthy South African women is associated with a more than...
ragoninstitute.org
7    View on Facebook

One of the best things about lab is having the opportunity to share in moments like this. Congrats Bjorn and Julia! #welcometotheworld #futurescientist

December 2014
Graduation from the FRESH Study in Umlazi, South Africa 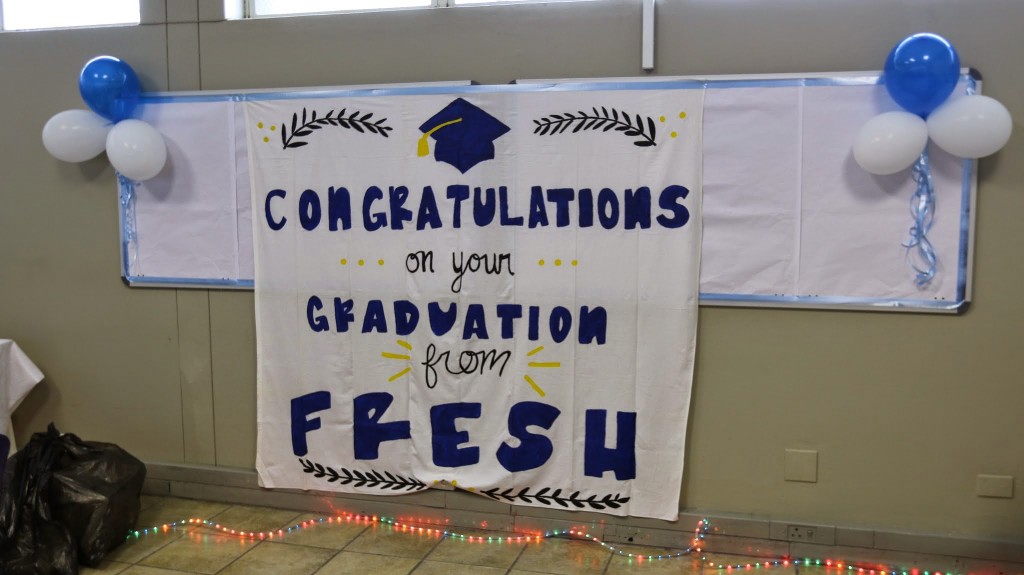 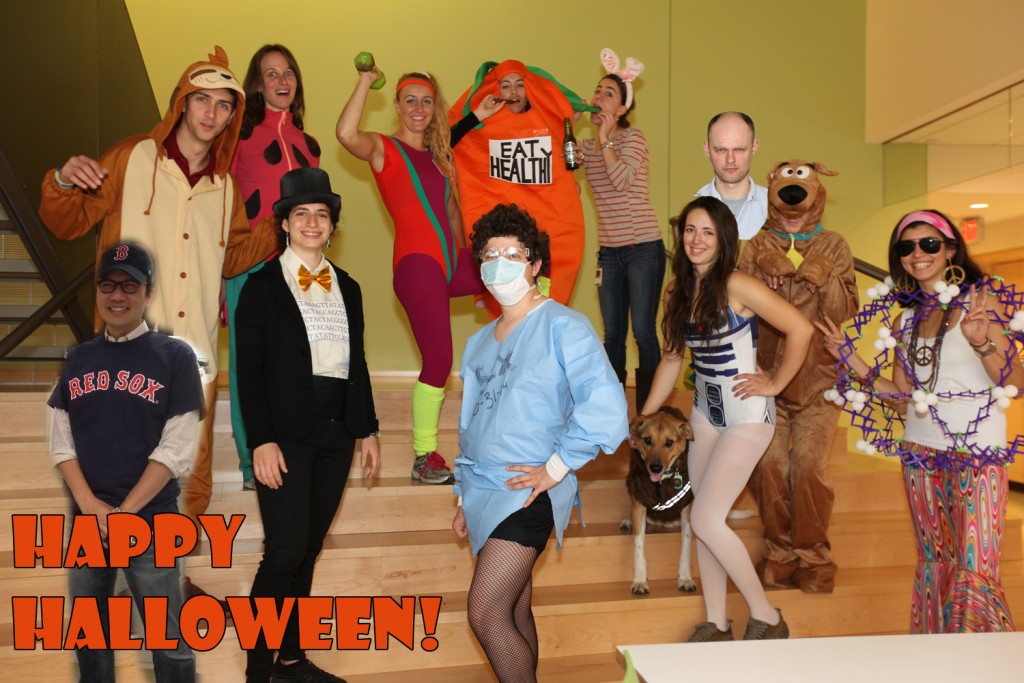 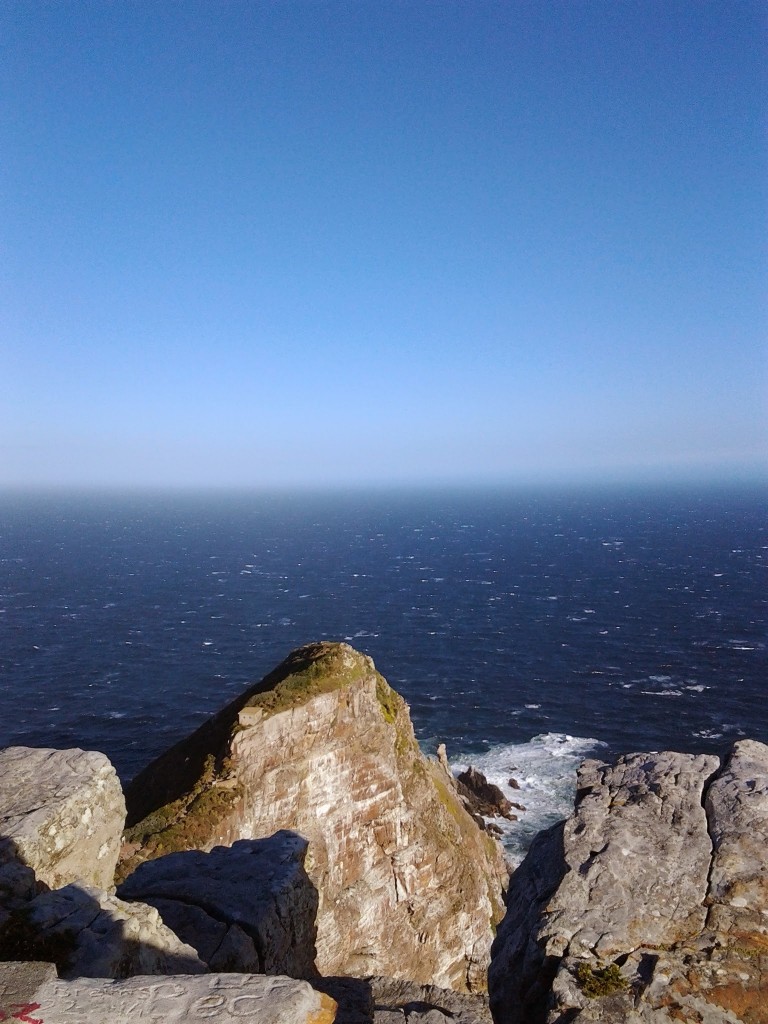 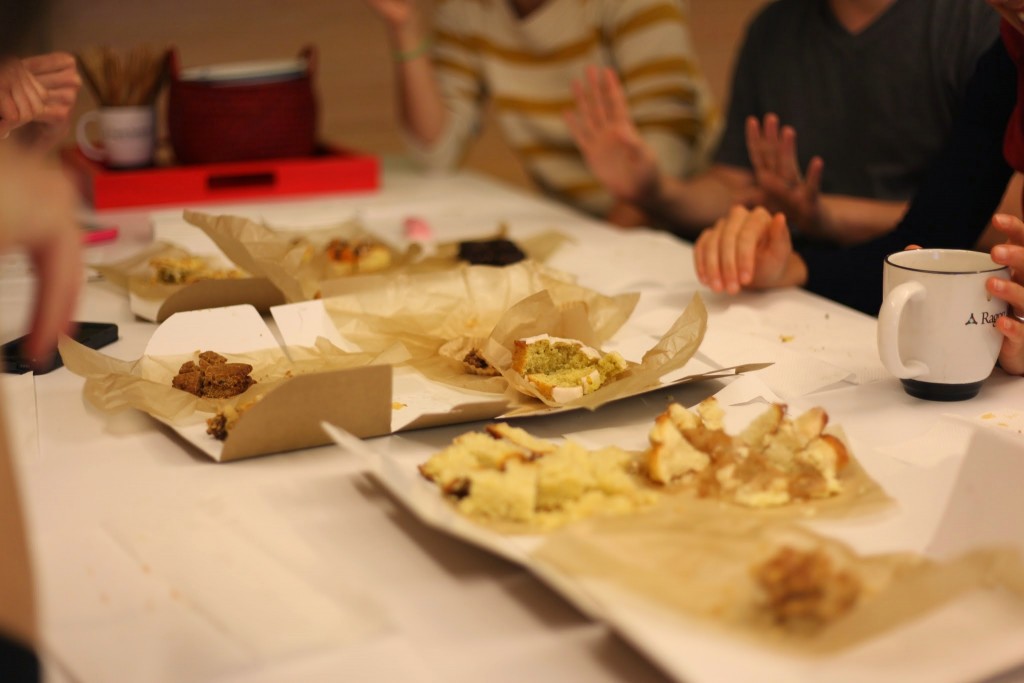 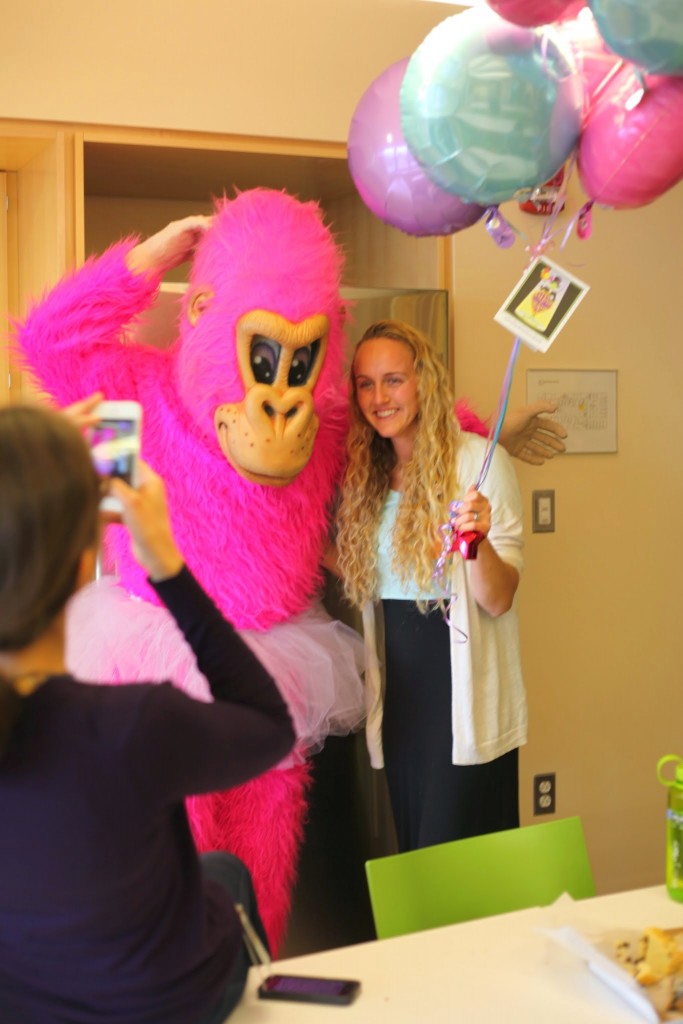 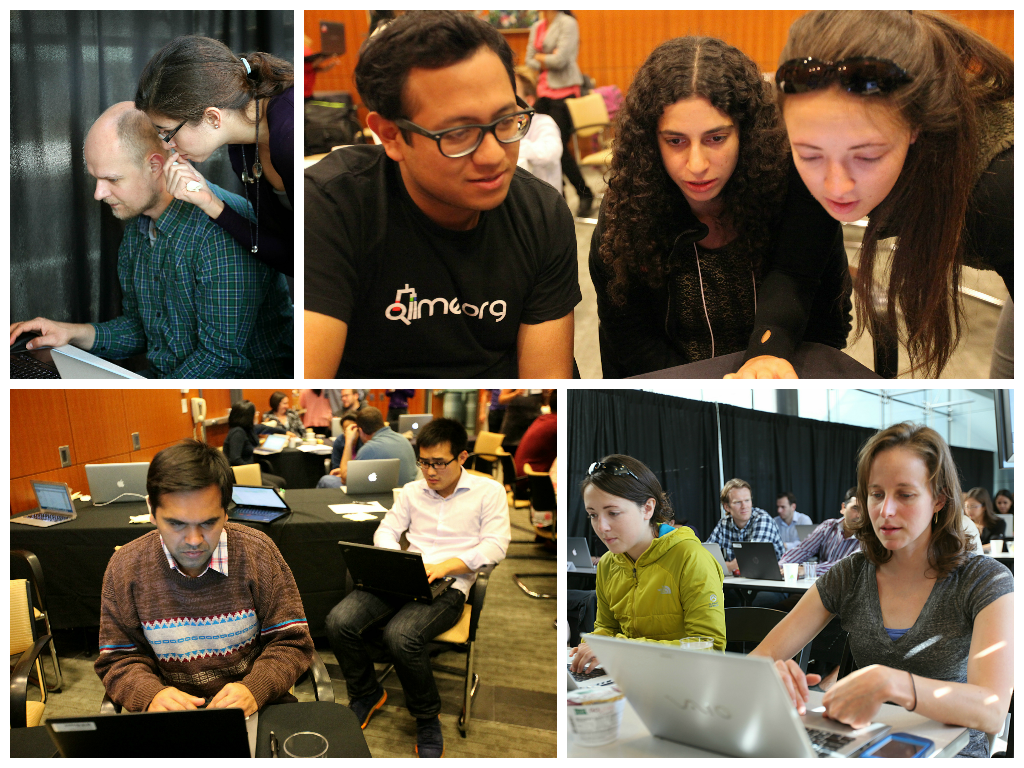 A sad farewell to Greg 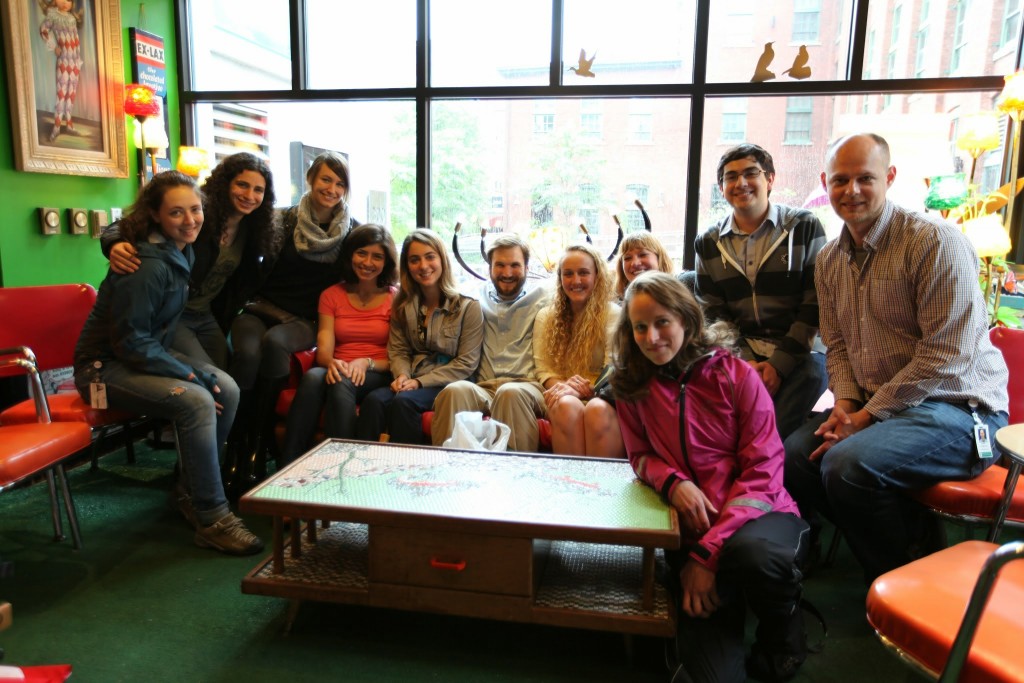 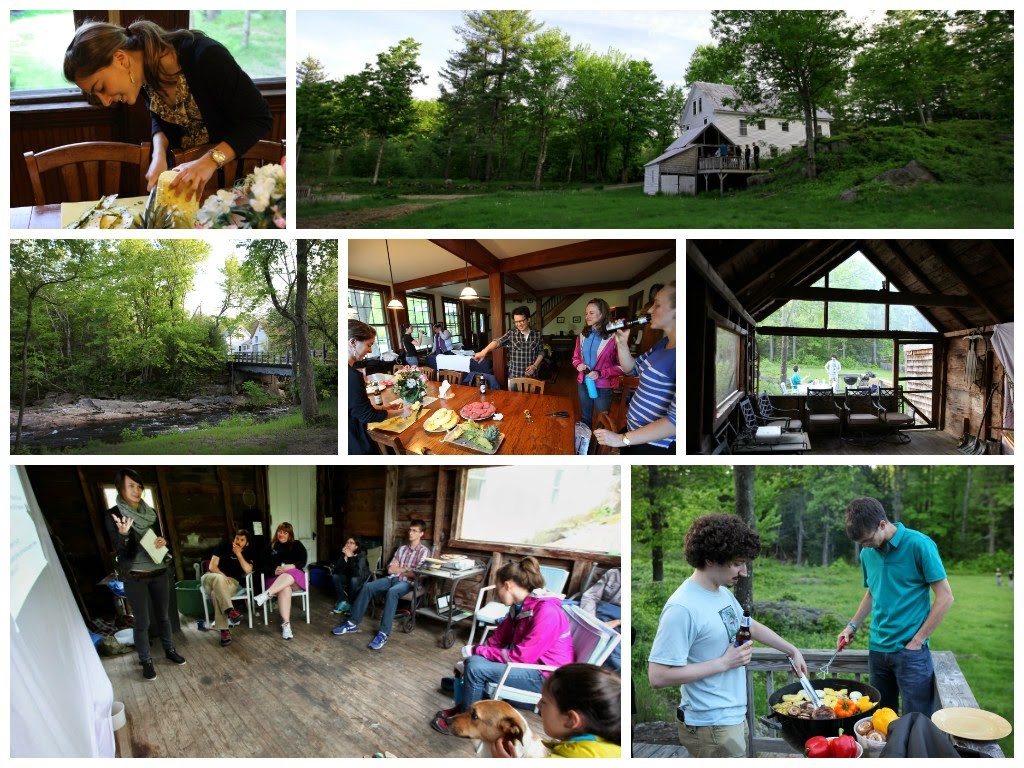 Our first Zulu wedding
Jordan and Kate get married in a Zulu ceremony in Durban just before they finish their research year and come back to the U.S. 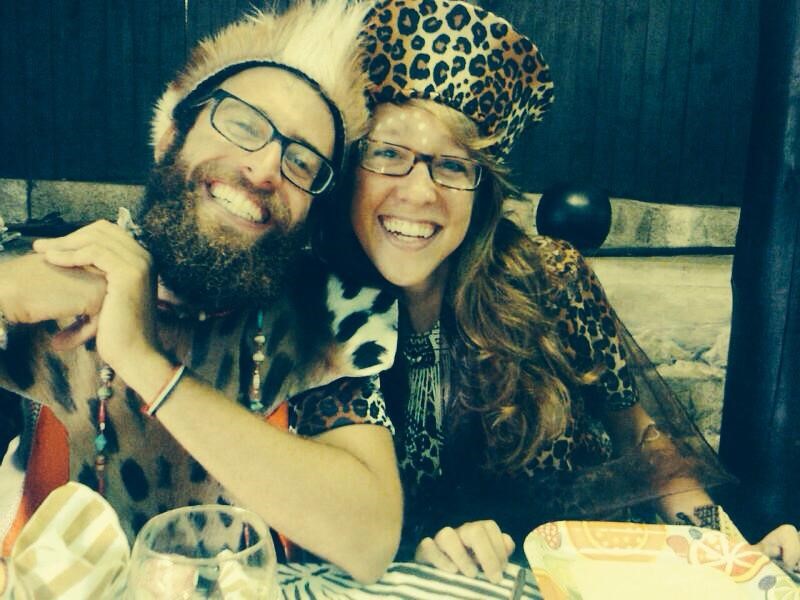 March 2014
Kwon lab at CROI in Boston
Great meeting with lots of new and exciting findings! Bjorn and Melis enthralling audiences at their posters! 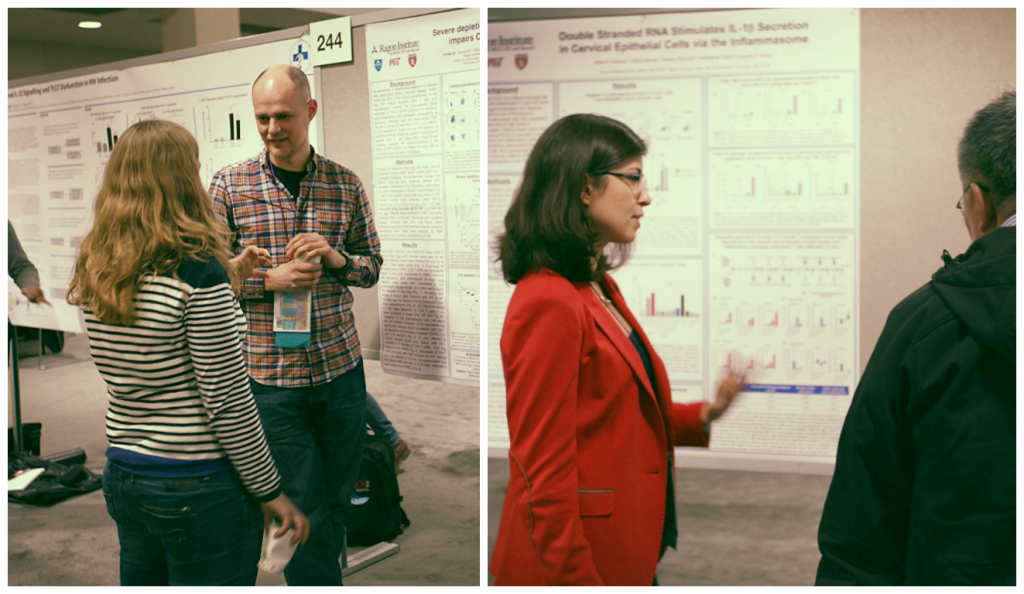 November 2013 Now we have TWO Rhodie Kwonies!! (Taken moments after hearing the news!) Elizabeth will be leaving us next year to pursue studies in computation biology at Oxford. We’re hoping she’ll be continuing to follow up on her exciting thesis work! Congratulations! We’re so proud!!! 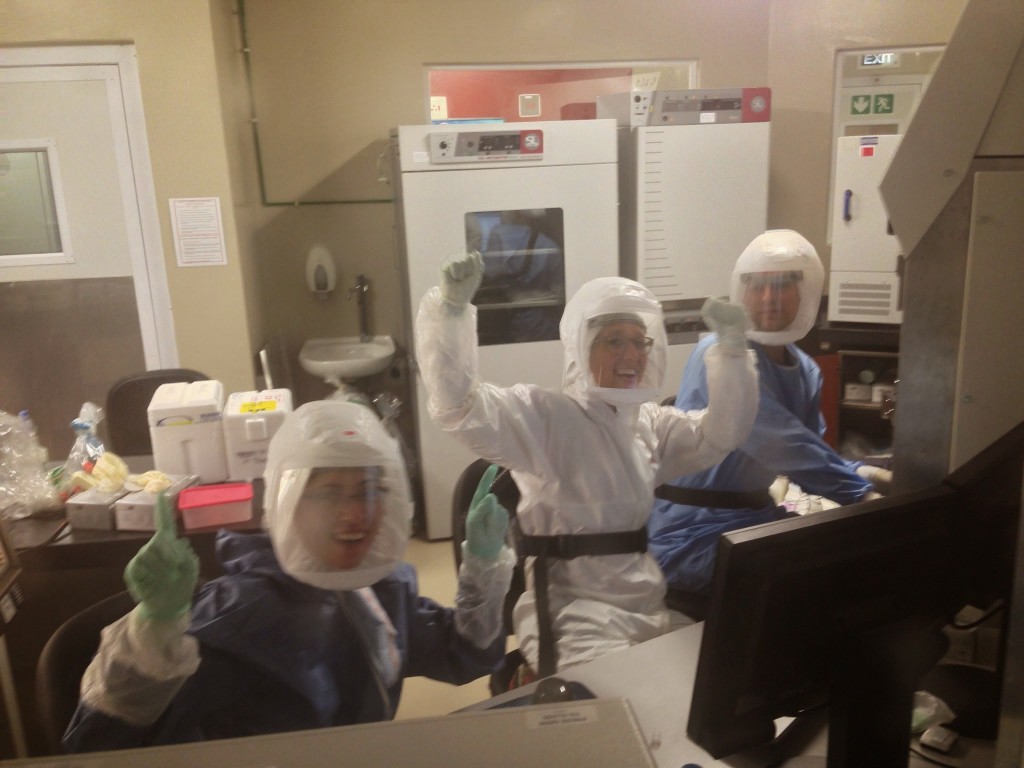 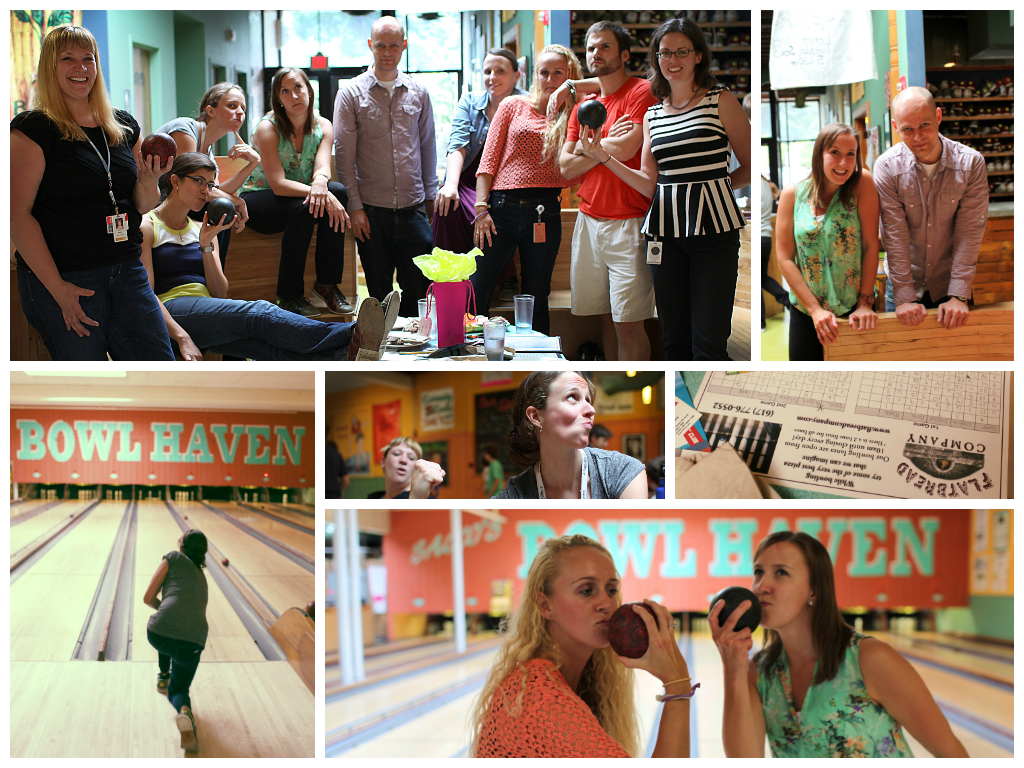 And a sad farewell to Maire 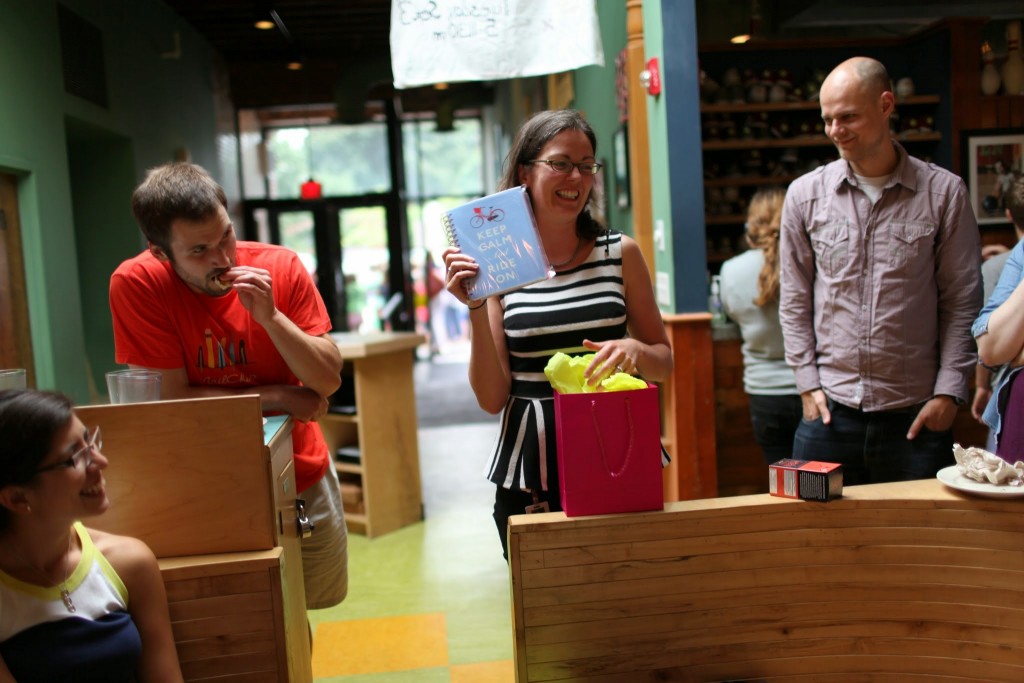 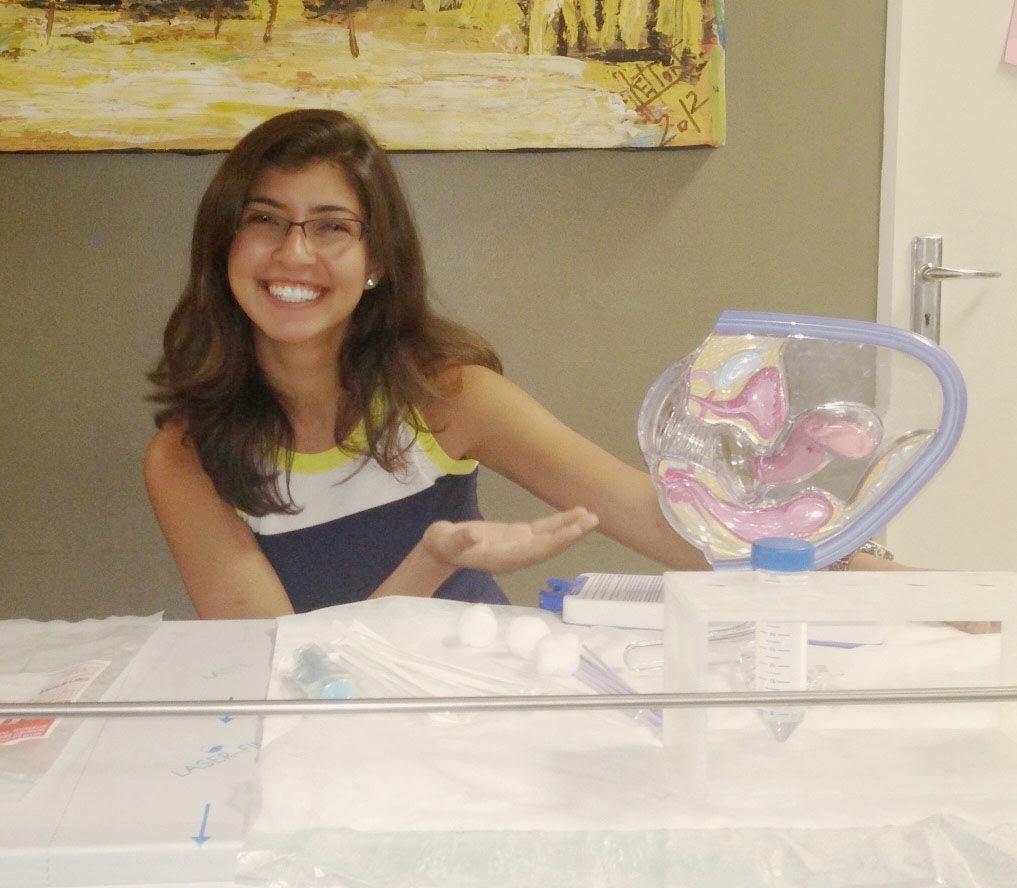 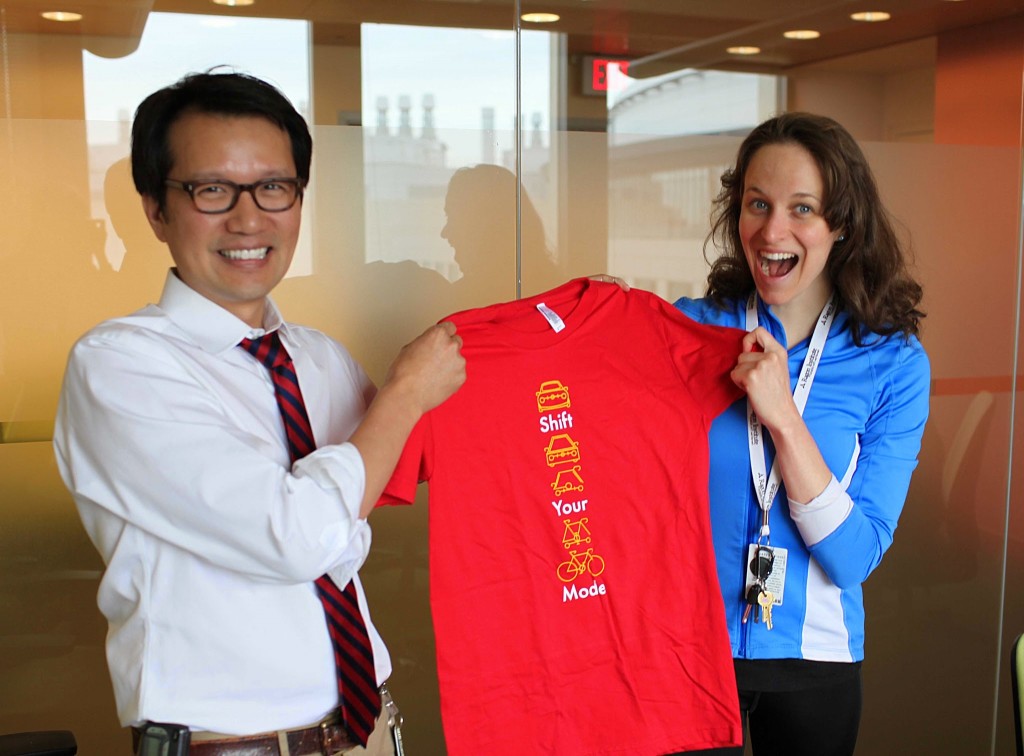 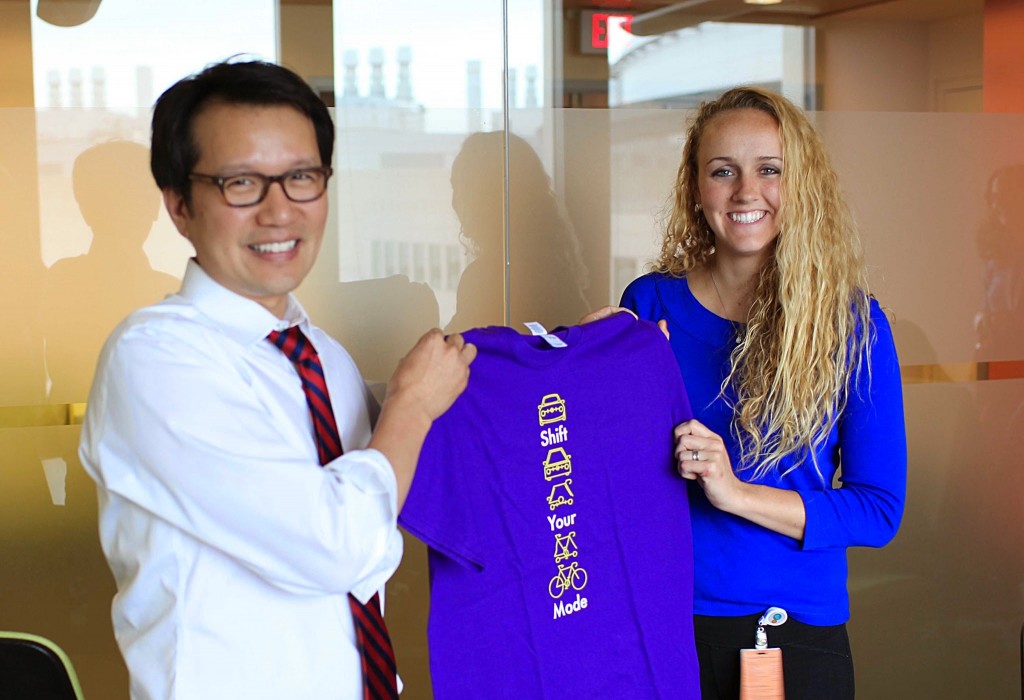 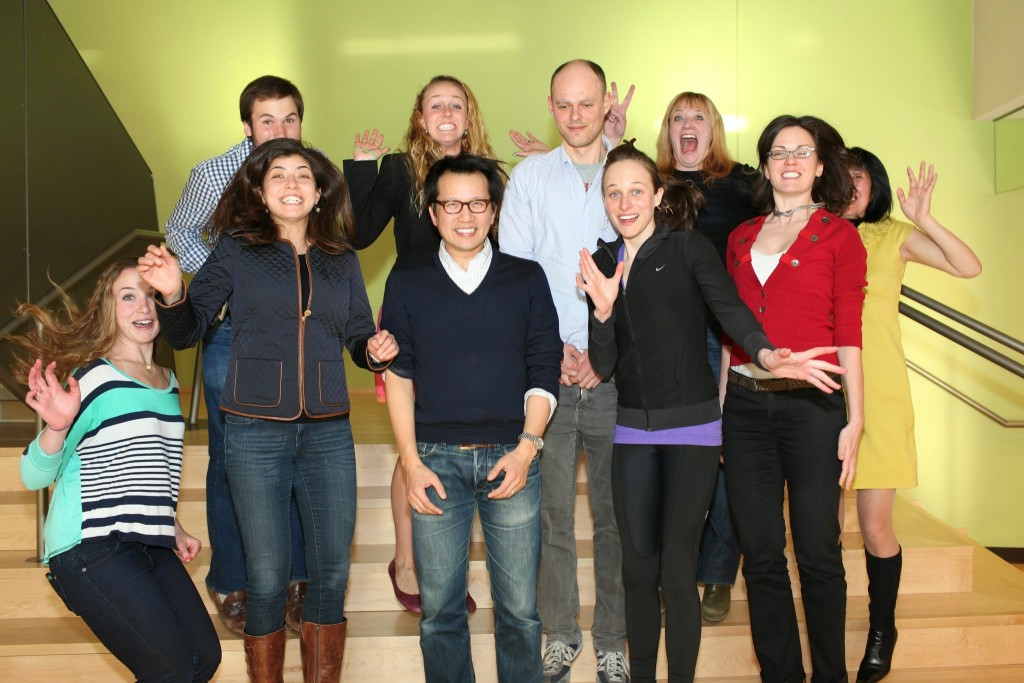 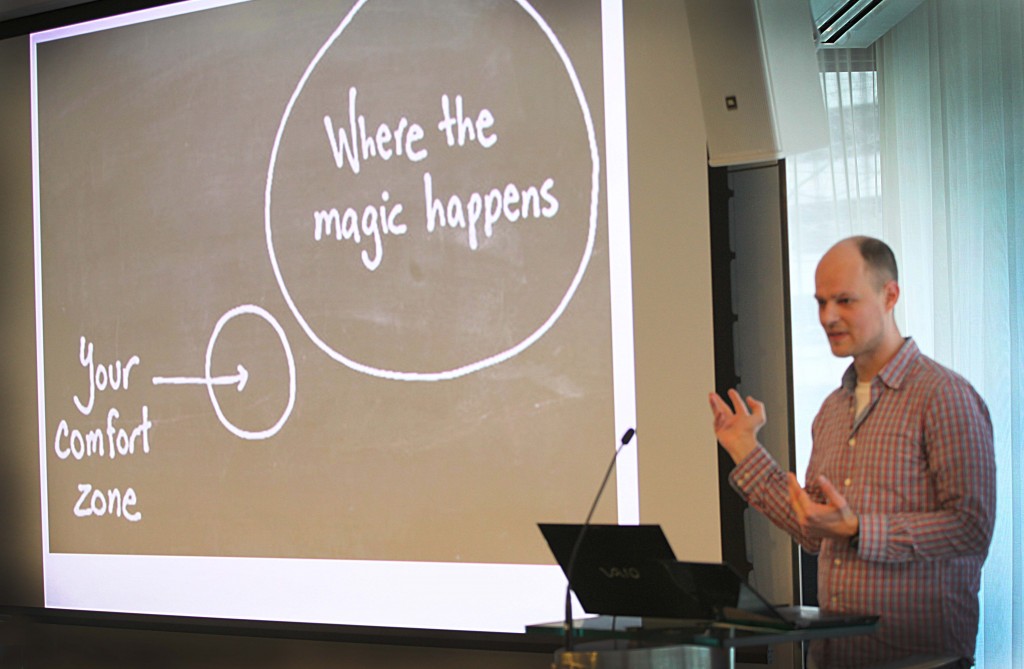 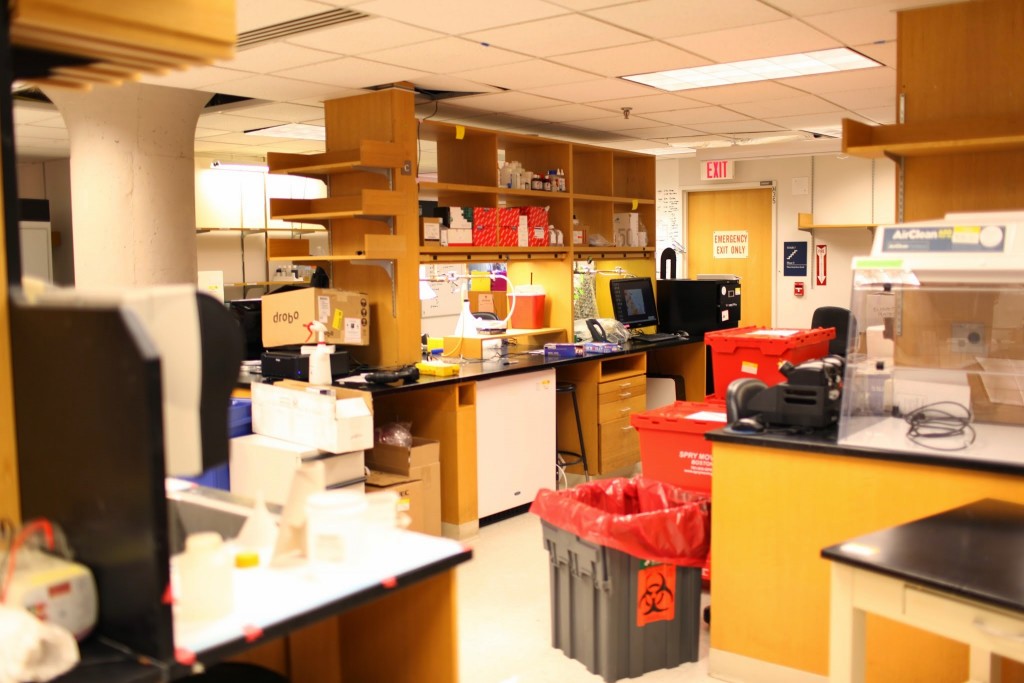 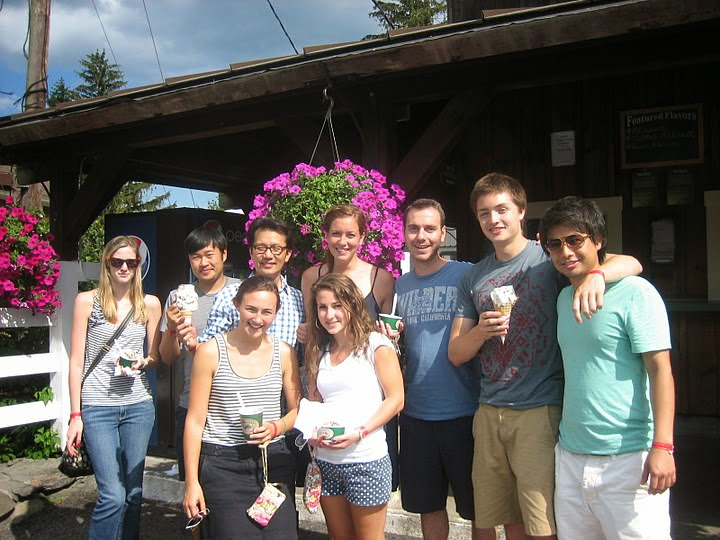 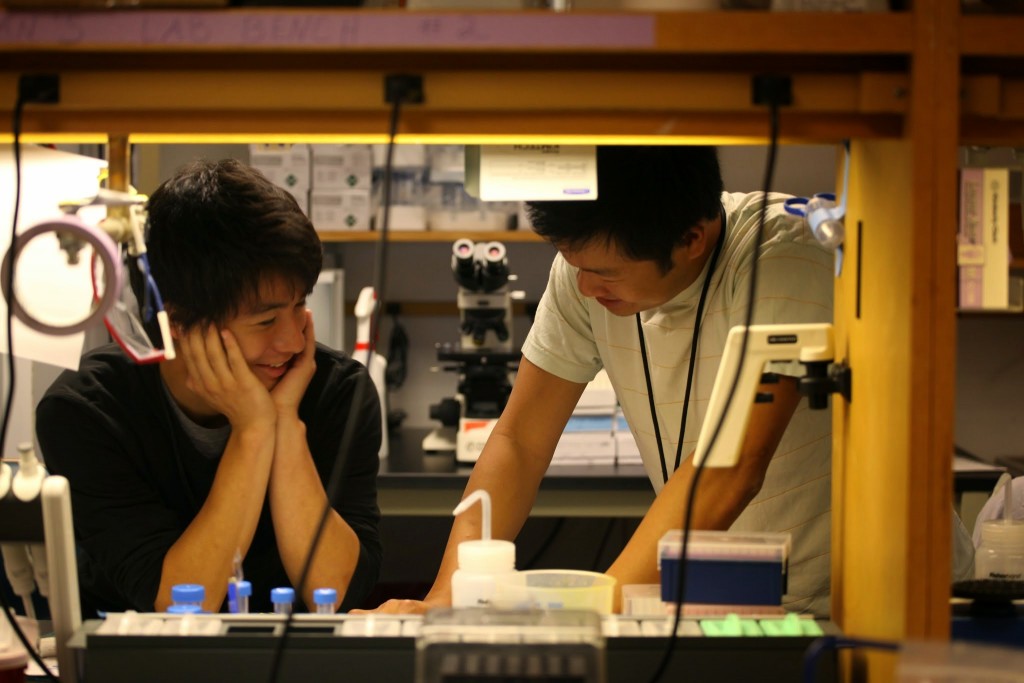 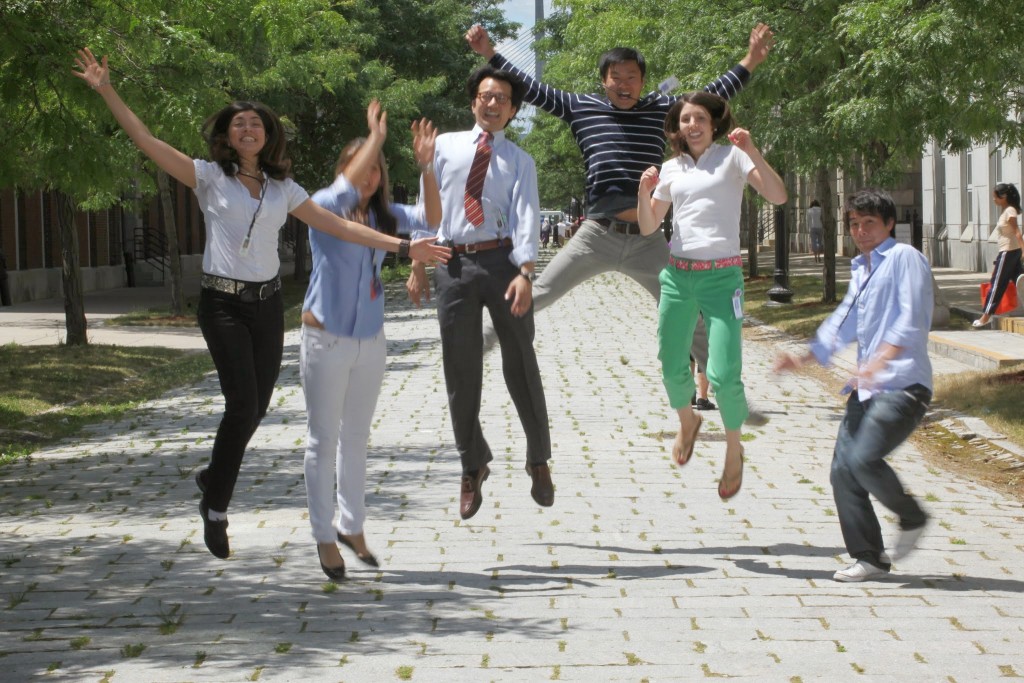